You are here: Home / About Us / Case Studies 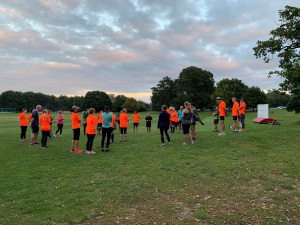 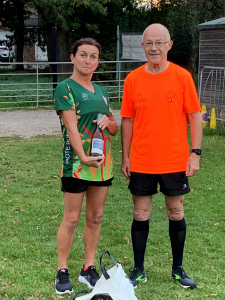 Mote Runners, formed in 2019 had the primary aim to create a friendly, low cost and supportive running club in Maidstone. We were conscious that running clubs could be a little scary when you first join, as you are never quite sure if you will be fast enough or fit enough. Our key message to new members is that “everyone is welcome and no one gets left behind”.

We were keen to encourage total beginners and as part of the clubs development, we launched a 0-5k beginner’s programme, which proved to be a big success. As part of the funding we received from Maidstone Leisure Trust, we were able to offer all our beginners who attended the course a distinctive orange club-training top free of charge.

The club has developed from a handful of people meeting up on a Tuesday evening to an England Athletics registered club of nearly 100 members now meeting on both Tuesday and Thursday evenings at the Mote Cricket Club.

It is encouraging, that despite the club not being able to meet during lockdown; our membership has continued to grow. We believe this is due to our very low membership fees of £20 per year, our friendly and welcoming approach to runners of all abilities, the continued virtual fitness opportunities organised by our dedicated members and also the support our member have given to each other throughout the pandemic.

Maidstone Leisure Trust have been a huge support to the club and we hope to develop our partnership with them further. 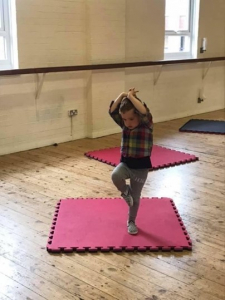 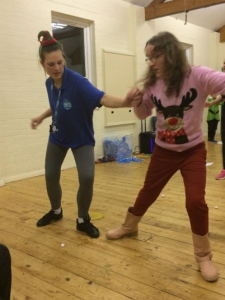 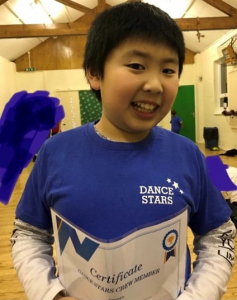 Maidstone Leisure Trust helped to fund Space 2 Be Me’s Dance Stars, a weekly dance class between September 2019 and January 2020.  During this time, Space 2 Be Me was running two hour long weekly Dance Stars sessions for children with additional needs between the ages of 7 and 16 – one for younger children and one for older children. The classes take place on Monday evenings during term time from our base at the Howard de Walden Centre, Maidstone. Since March, we have adapted to online delivery which has been well received.

Our attendees have a diverse range of disabilities and needs with many challenges and Dance Stars gives some an opportunity to take part in an exercise activity that might otherwise be outside their reach, in a safe and nurturing environment.

Dance Stars classes combine expressive movement with sensory based exercises, sometimes with signing, to current popular songs, choreographed by our fabulous sessional staff and Children and Young People Coordinator. Dance stars helps develop fine motors skills and coordination, and to boost fitness as well as wellbeing and confidence. It also offers young people with additional needs a chance to make friends and feel part of the Dance Stars family.

To learn more about the Dance Stars and the other activities run by Space 2 Be Me visit their website here www.space2beme.org.uk

Involve used funding from the Maidstone Leisure Trust to hire the leisure centre sports hall, to provide football and exercise sessions for supported volunteers from the Get Involved – Gardening and DIY project.  Many of whom face health and social barriers that make it difficult to access mainstream activities. 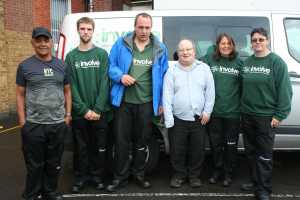 “I have really enjoyed it. I have never played badminton before”

“Badminton and Football- really enjoyed this. A chance to meet with people we don’t usually see. Helped us to get to know each other and socialise”.

The Village Golf Club in Staplehurst is a member-led, not for profit club which is host to a 9 hole, pitch and putt style golf course. All proceeds from memberships and green fees are re-invested into the upkeep of the course and the running of the club. In the summer of 2017 the club was in need of replacement tee mats and Maidstone Leisure Trust was happy to help out with some of the costs.

Over the last 18months our volunteers have been working very hard to put into place the infrastructure to extend the Golf Club by an additional 3 holes. This necessitated  turning a lumpy field into 3 new fairways  building 3 new greens, installing 3 all weather tee bases and the associated security fencing and extending our water supply to each of the tree new greens. In December we completed the final work which was to plant new trees to landscape the area.

The area looks fantastic and is going to be such a great addition to the community facility. We are very grateful for the support Maidstone Leisure trust has given to help us make our dreams a reality.

To learn more about the club and course visit their website here. http://www.villagegolf.org.uk/ 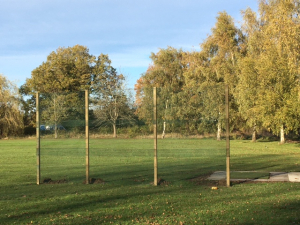 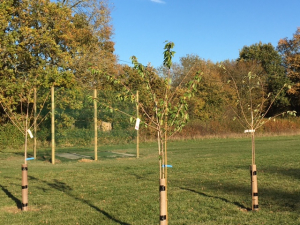 Parkrun is a national, volunteer-led organisation that organises hundreds of timed 5K runs for adults and 2K runs for Juniors every week around the country. It’s a great example of a community organisation that does real good by providing an opportunity for everyone, regardless of age, gender or ability to get together and have fun running in a supportive, non-competitive environment.  Maidstone Parkrun is well established and takes place along Maidstone Riverside every Saturday morning. The Trust was approached to help them set up Parkwood Junior parkrun and the first run was held in January 2017. Every Sunday morning around 40 youngsters complete the 2K run in a fun and safely controlled environment.

We are currently unable to run due to the pandemic, however with the generosity of the trust we have been able to grow our kit.  We now have a defibrillator, trolleys and various other items that are necessary for the smooth running of parkwood junior parkrun.  In January last year we had our 3rd Birthday and MLT also provided the funding for our medals.  It’s been a difficult year but we hope to return to the park soon. 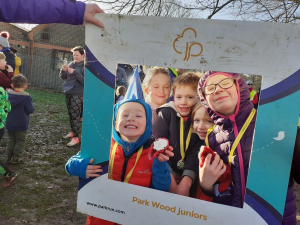 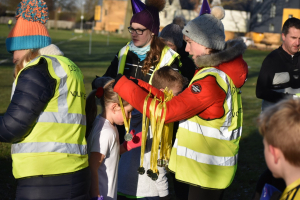 Maidstone swimming club was formed in 1844, our mission is to promote and encourage the development of swimming in Maidstone and the surrounding area by providing the best opportunity for children to learn to swim, develop and achieve their potential in the sport of swimming.

Throughout the club, we look to provide a first-class swimming programme in a safe and supportive environment for all ages; from early fun and games all the way through to national level. 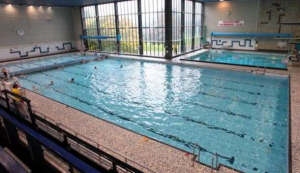 We rely on mainly volunteers to teach our swimming programme, we provide and fund the training costs for all our coaches, Maidstone Leisure trust contributed half the cost of a teaching course for two of our volunteers, helping us provide a high standard of lessons for all.

The fundraisers at Five Acre Wood School applied to the Trust for funding for the purchase of multi-use sports kit for their students who have a range of profound, severe and complex learning difficulties, including Autistic Spectrum Disorder. The students take part in a range of needs-led sporting events throughout the year including boccia, football, rowing and others and it’s important for them to be well turned-out. The Trust was happy to help. 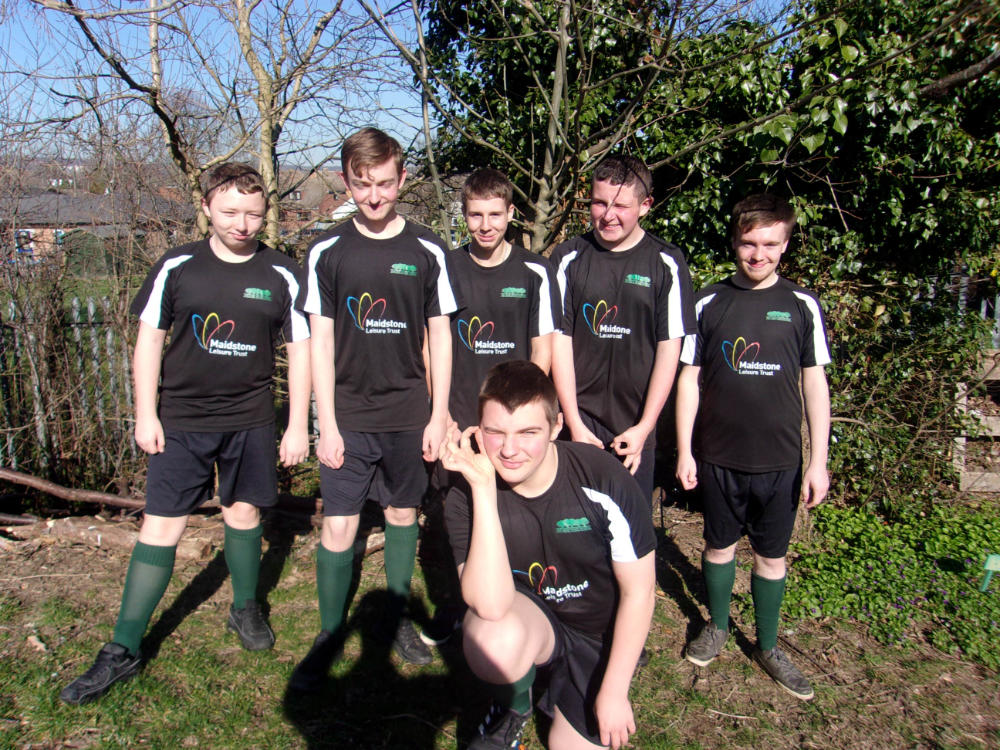 Olympia Boxing came to the attention of Maidstone Leisure Trust as 2018 winners of the Kent Sport Kudos Award for their innovative use of non-contact boxing as a therapy for young children.  The Trust agreed to help fund the club’s Boxing Rookies scheme in Parkwood, providing boxing-based training for local 5-11 year olds.

Always looking for new ideas, the club is currently working with the Trust, Involve Kent and other local partners to launch a boxing-themed fitness training programme for over 55’s.  Pilot sessions have been run at Maidstone Leisure Centre and additional support funding is being sought to continue the project. For more information contact Wayne Smith at wayne@olympiaboxing.co.uk 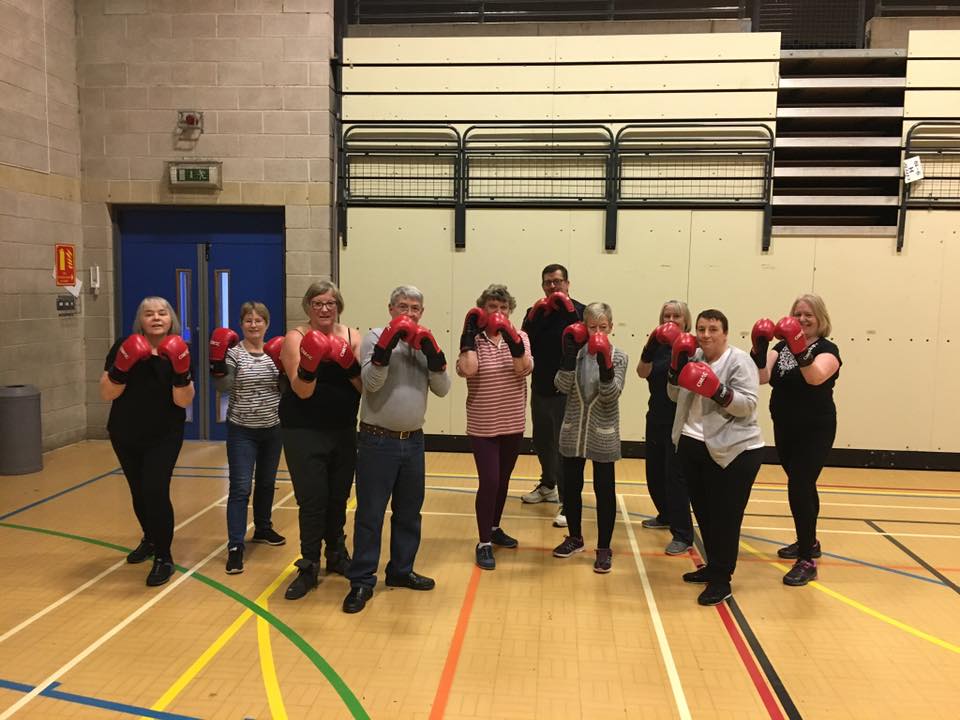 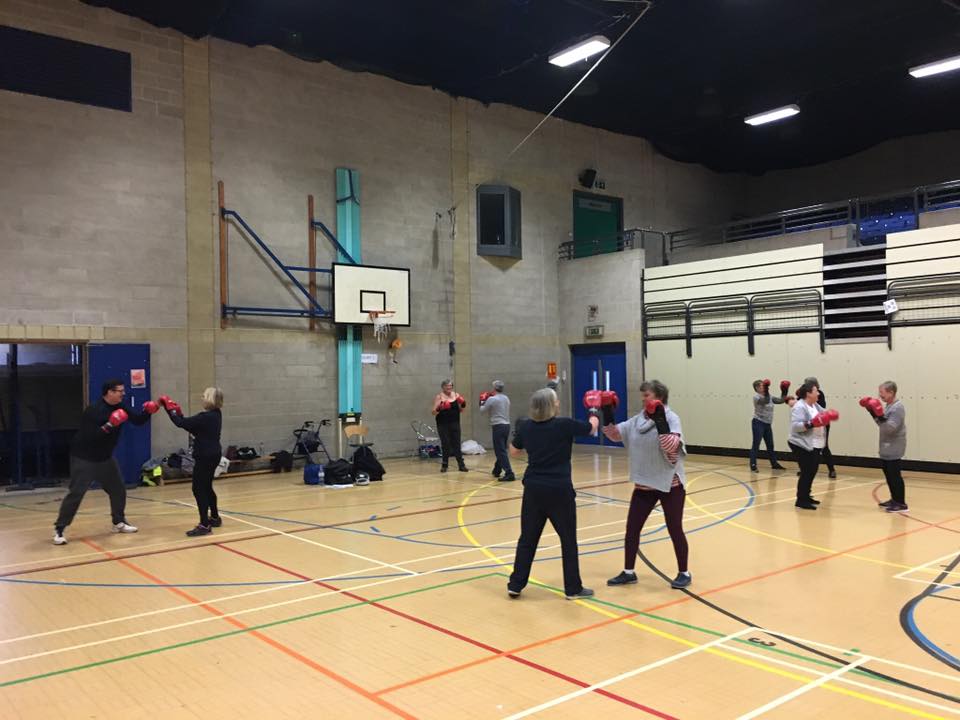 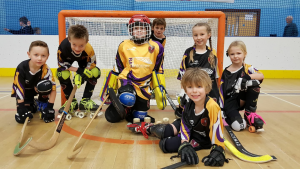 Maidstone Roller Hockey Club is a long established and successful club with national titles under it’s belt and a history of producing some of the country’s best players. They train at the YMCA in Loose and play there and at Maidstone Leisure Centre. Early in 2018 the club applied for funding to provide new sticks and equipment for their under 11 team which the Trust was happy to help with. https://www.facebook.com/maidstonerhc/ www.maidstonerinkhockey.co.uk 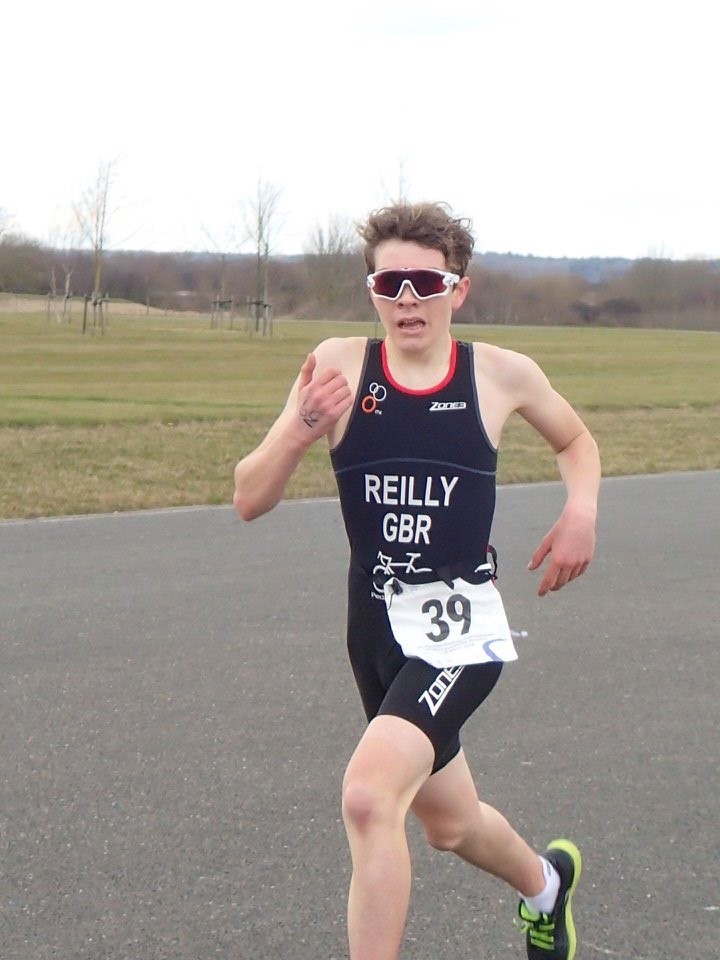 Hamish is a talented young triathlete who is competing at the highest level for his age group. The Trust has been happy to help him with some of his accommodation costs so that he can attend as many events as possible. We are proud to be supporting Hamish and wish him well in all of his competitions.

The following is from a recent email from his Mum:

Hamish, thus far, has had a very successful season, with more races still to come.  The support received from the MLT really has made a difference – enabling overnight stays to ensure Hamish as race ready as possible.

His results are as follows:

This coming weekend we will be travelling to Hetton (between Durham and Sunderland) for the next race in the series – which is another European qualifier which means the Juniors race down with the Youths again.

The final event in the series is in September at Mallory Park, and will be the British Triathlon Championship.

Last week Hamish received notification from British Trialthon that he has been selected to race in the Super League Triathlon event taking place in  Jersey at the end of September – you may be familiar with the format triailed last year in Jersey and Canada with the Elite Triathletes like the Brownlees et al?  They have now introduced this for  the Elite Youths and Juniors with international teams invited – it should be exciting!

Hamish writes a blog every month to update followers on his progress – the link is here: https://hamishreillytri.wordpress.com/ (some photos will be on there too).

We are both grateful to the support you have provided – it really has helped to make a difference.